God can take the very thing that once interrupted your worship and turn it into the thing that now solidifies your shout! The cancer, MS, lupus, kidney failure and heart disease that used to make you weep, became the very thing that now makes you witness. That abusive relationship that once made you cringe, is the one that compelled you to accept God’s calling. Where you were once being used, you’ve now become useful. Those times you used to be the prey, forced you to now become prayerful. The times ‘they’ said you wouldn’t be nothing, shifted your thinking to know you can be anything! So, today, stop counting out your hurtful moments, God is using them to heal you. Don’t discount those painful places, they were/are needed to position you in purpose. Don’t dismiss the times you’ve fallen, God needed to see if you would fight to get up.

I don’t have to draw this devotional out because the point has already been made, so I’ll repeat myself. God can take that thing that once interrupted your worship and turn it into the thing that now solidifies your shout! Beloved, God can show up and flip your entire life upside down, making it right. All He needs you to do is trust His process. Joseph, in the bible, was being shown his future in dreams at an early age. Yet he had to go through being despised and sold by his brothers, falsely accused of rape and spending time in jail in order to get to God’s predestine purpose for his life. And for that Joseph tells his brothers in Genesis 50:20, “You intended to harm me, but God intended it all for good. He brought me to this position so I could save the lives of many people.” Sometimes, you need to thank those things that tried to take you out for being the very thing to push you into destiny. 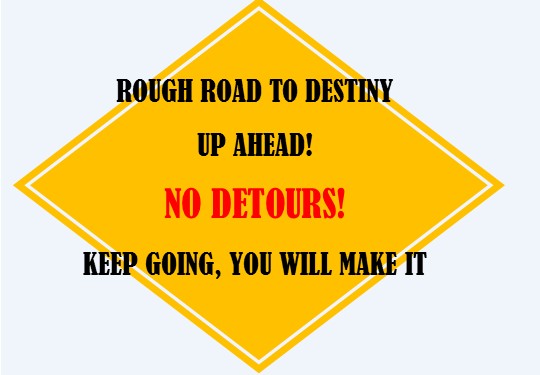