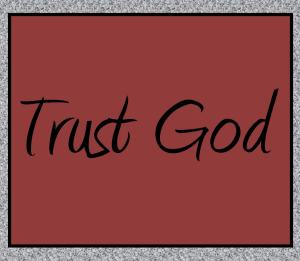 After a few days of not doing a devotional, I’ve come to understand that even if God never gives me another message to minister, He’s still God and I’ll serve Him. Even if I never write another devotional to encourage somebody, you ought to know that God is available for you and you should try Him. Even if God doesn’t show up when I expect Him to, I’ll still trust in Him. Even when God allows me to go through trials, I’ll go in with praises unto Him. What am I getting at? As Saints of God, we’ve got to understand that even if God never shows up in our situation, He’s done enough already (that should be enough to pull us through). Even when we can’t understand why we are being tested, we ought to have enough faith to know that it’s not for our torment (that should be enough for us to push on). Even if God allows everything we have to be snatched away, we have to know it’s for a purpose (that should be enough for praise to still be fresh on our lips). I think about the three Hebrew boys when they were about to thrown into the fire. Nebuchadnezzar was in an uproar because they wouldn’t bow down to him. He asked these boys in Daniel 3:15, “And then what god will be able to rescue you from my power?” These three boys simply say in Daniel 3:16-18, “O Nebuchadnezzar, we do not need to defend ourselves before you. If we are thrown into the blazing furnace, the God whom we serve is able to save us. He will rescue us from your power, Your Majesty. But even if he doesn’t, we want to make it clear to you, Your Majesty that we will never serve your gods or worship the gold statue you have set up.”

See, they knew and recognized that the God they served was capable of saving them from the fire but they end by saying, but even if God doesn’t show up and save us; we won’t bow down to you. They understood that everything God had already done for them was more than they could afford to pay back (already indebted to Him). They knew all of the blessings God had given them were already too numerous to count. They recognized the blessings in being attached to God. So they said to the king, “Even if God doesn’t show up, we’ll still go in the fire on His behalf!” And somebody on today, whomever you are, who are complaining about the trials of life; you ought to get out of your funk and realize that going through is just a part of the process and you should be willing to go through it, just to serve your purpose! It doesn’t matter how hot or hard it seems, at the time, you ought to be willing to go simply because it’s God asking. I mean, think about this … If a cake could talk, it’d probably say, everything I have to go through; from being whipped and beaten to then withstanding the heat of the oven is all worth it, to see the end result and even if you don’t eat me, I’d still would have served my purpose. What do I mean? Jesus had to endure and even if we decide not to serve Him, He’s still served His purpose. We have to endure and if God decides not to show up, at that moment; He’s still serving His purpose. We should, then, be willing to serve ours and if that means a test, this time; we should do it!