Reciting scriptures by memory does not mean a thing if you cannot put them to use. Dancing and shouting is good but it means nothing if you are still depressed and shackled when you are done. What good does it do to slay folk in the spirit and not be able to cast the enemy out of your own home? How is it, you can sing until the atmosphere is saturated with the Holy Spirit but you cannot discern Righteous Richard from Tricky Tyrone? You can whoop but your message is watered down. You can post real good messages on social media but in person your light of God is dim. You know what the bible says, I won’t take that from you but what good does it do if you don’t practice what you preach? You do know the devil knows the bible too, right? Those who say they don’t believe in God or the bible, they know it too. So, having the ability to remember where it said “that” in the bible really isn’t credible until you can put some oil on it. I can tell you what the bible says in John 3:16 but what does it mean? I can recite Genesis 1:1 but what does it mean? Jeremiah 29:11, we all know that but what does it mean? What I am asking is, where is your fire? 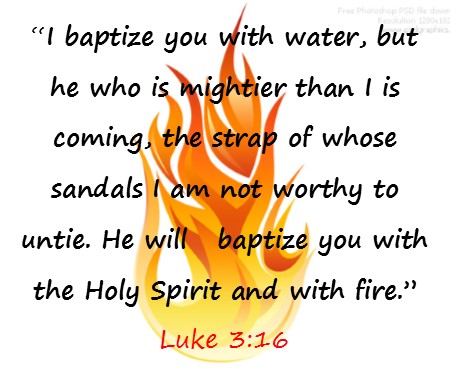