Child, I was talking some good three years ago. Thank you, Facebook, memories because I’m reposting a devotional that blessed me; this morning. I’m sharing again, with revisions, only because somebody needs to be reminded of this … STOP PUTTING ENERGY INTO NEGATIVITY!

You read that right. Look, you’d be shocked, if you really knew the many times your name is mentioned in group texts or your pictures screenshot and passed around. It would blow your mind if you found out the real number of people who don’t like you or the true intentions of some you’ve allowed to eat from table. But that’s not your fight. See, we live in a society where folk can bully you on social media but can’t face you in real life. We share the same air with folk who will speak ill of you and then turn around and hug you. Baby, people will pay money to come to your event just to see if you’ll fail, liked they’d hope. We share space with folk who can’t stand you, but they’ll copy what you say, how you dress and where you live. Folk, who can’t stand the pastor but will stay at the church, just to cause hell. Here’s what I’ve come to understand; people will discredit, speak & pray against and even try to sabotage what they can’t understand. That’s not your fight.

Beloved, we don’t have the time nor energy to fight meaningless mess when there are souls that need saving. Yea, I could sit and argue with you on Facebook because you disagree with what I post, but I won’t, not when there’re people in bondage who need to be set free. Yes, I can go back and forth with you over text message, but I won’t because I need my hands for those who need to be healed. I need my voice for those who need to be talked down off the ledge, some addictions that must be destroyed and some hope restored. I’m not about to defend who I am, simply because you don’t understand. I AIN’T GOT TIME!

Neither do you. We don’t have time to fight folk over who don’t like who or who is talking about you. We don’t have time to make folk believe in who we are. We have work to do. As for those who seek to harm you, God got it and I believe Him. In Jeremiah 15:10, Jeremiah cried out, “What sorrow is mine, my mother. Oh, that I had died at birth! I am hated everywhere I go. I am neither a lender who threatens to foreclose nor a borrower who refuses to pay— yet they all curse me.” Oh, but verse 11, “The LORD replied, “I will take care of you, Jeremiah. Your enemies will ask you to plead on their behalf in times of trouble and distress.”

It’s not your fight. Trust that God knows what He’s doing concerning you and He will take care of you. Those enemies, they’ll need you but until then, stop. Know when to bow out gracefully from a fight that wasn’t yours to begin with. In other words, hush and allow God to do it. 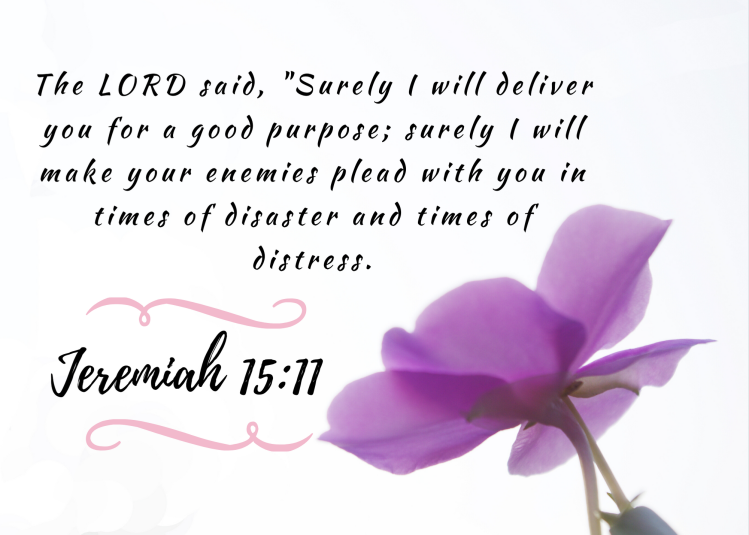