On the radio this morning, the bible challenge question asked, “What was Lot’s wife turned into?” The answer is a pillar of salt. As I drove, I wondered why salt. Of all things that could have happened to her, why salt. So, I went looking and I found that salt causes things not to grow because salt in soil decreases a plant’s available water and causes plant stress. What I also discovered is, salt in biblical days was used as a preservative and when it is used in this form, it keeps food from going bad and things from decaying. However, if you add too much salt to a thing, too much water is removed preventing that thing from producing and staying alive. Lot’s wife was turned into salt, a pillar of salt which meant she’d never produce again or survive. Harsh, wasn’t it? Well, she had been warned not to look back and she did. Not just a glance but looking back, in Hebrew is described as “regarded, considered and paid attention to.” In other words, she stopped and turned around to watch the city she’d called home burn; probably longing for the life she once had or with regret over Sodom and Gomorrah being destroyed. Thus turning her into a pillar of salt.

Sometimes you will hesitate to leave the place God has commanded you to run from, even if it means you no good. Maybe it is because it’s where you are comfortable or have laid roots. Maybe he makes you feel good even though he is no good. Maybe she cooks like your grandma used too even though she has trust issues. Maybe it is the place that causes you to stay out of God’s will but it is where your family is. Maybe it causes you pain but it pays well. Nonetheless, has God commanded you to leave? If He has, go! Hear me, Lot’s wife wasn’t the only one who hesitated about leaving because Genesis 19:16 says, “But when Lot hesitated, the men grabbed his hand and the hands of his wife and his two daughters. And they led them safely out of the city, because of the LORD’s compassion for them.” But she is the only one who looked back. Stop looking back at what God has moved you from. Stop looking at old pictures, inbox and text message threads. Stop looking at their social media pages. MOVE ON! When God gives directions, move because He will never remove you from a place that has potential to push you into purpose but He will snatch you from the very thing that causes you to stay stagnant in sin. 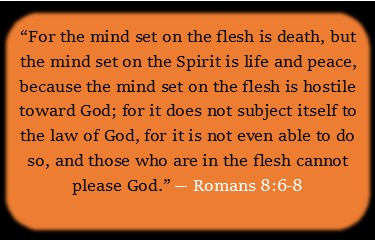