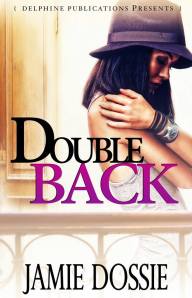 Growing up on the west side of Chicago to a dope fiend, Rashad Miller aka- Goldie never knew his father. Tired of the neighborhood kids laughing and staring at him, he missed many days of school, and saw drugs as the only way to make money and have things he wanted in life. Goldie was made to believe that this would be the only life he would ever know. Jasmine moved after high school graduation to start a promising writing career in New York City. The thought of Goldie never left her mind. The love they shared as kids was sweet and innocent; now both grown-up, a loving relationship with Goldie is what Jasmine dreams of. Jasmine comes back to Chicago to live, where she and Goldie try to rekindle a lost love. Goldie s inability to stop his menacing ways was tearing him and her apart. Hustling helped him live, and the love he craved from Jasmine helped feed his soul.

Goldie was parking his truck outside of Fatty’s Soul Food Restaurant when he saw a group of girls going in, of course this manhood stated throbbing on sight.
“Dam, there she goes again.” Goldie mumbled to himself. Goldie had seen her briefly a few days ago with the same group of girls, he was on his way to see another young lady but made a
mental note to return to Fatty’s Soul Food Restaurant where he saw her last. It was like seeing a ghost from the past.
He only recognized one face in the group, but it was the only on e that mattered. He shook his head and checked out her ass as she walked through the door the restaurant. He walked in to Fatty’s behind them and noticed that they had already placed their orders and were laughing and
chatting while they waited. He walked up to the bulletproof glass and told Fatty to him the usual.
“Alright and I’ll put it on your tab baby,” Fatty said through the protective glass. Jasmine
looked up when she heard the familiar voice.
“Goldie is that you? Oh my God, I haven’t seen you in like forever, give me a hug man!”
she said with excitement. Jasmine and Goldie embraced tightly.
” Damn he fine as hell!” One of Jasmine’s friends said. Jasmine and Goldie grabbed their
orders. “You know Goldie I never stopped thinking of you, not one single time,” Jasmine said
while gazing into his eyes. Goldie felt that it was the perfect opportunity to steal a kiss like when
they were kids. He leaned down to meet her 5’2″ frame and planted a sensual kiss on her full lips.
“I never stopped thinking of you either. I’m glad you’re back home” Silence lingered in the air before the sounds of gunfire started ringing through the neighborhood streets and broke them out of their love trance.
“Get down! Everybody get the fuck down!” Goldie yelled while trying to take cover and pull his gun from his waist. He was ready to pop off at the first person who thought they were going to run up in Fatty’s. He made a quick scan around the restaurant and saw everyone huddled in the corners. after the gunfire ceased he asked, “Is everyone ok?”
One by one they all said they were fine. Goldie stood and put his gun back in it’s original place. He helped Jasmine up and saw that she was a bit shaken up. He caressed her to calm her down before walking outside to make sure the close was clear. All of Fatty’s customers grabbed whatever food that didn’t spill out of their bags and went home. Even though gunshots just rang bells of fire, seeing Goldie made Jasmine feel like she was floating on air all the way home.
Fatty came from behind the protective glass. “Well looks like you are going to finally meet your match on this one,” Fatty said.
“What! You know her?”
“I have known her all her damn life and she don’t play. I demand respect when it comes to her,” Fatty said while looking above the rim of her glasses. Fatty offered Goldie a seat in the small six table dining area.
“Let me tell you a story son.” She threw her hand towel across her left shoulder and put her hand on Goldie’s arm. “Her mother and I use to be running buddies back in the da. We use to hustle men, run numbers, whatever we had to do to make ends meet in these streets. Then on day Jasmine’s daddy up and shot himself and her mother was never the same after that.”
Fatty took a long pull of her cigarette then put out she took a deep breath and continued her story.
“Right around the time Jasmine was six her mom, Carol, couldn’t take being here with out Jerome and she overdosed on the same shit she swore she would never touch. Crack killed her momma if you ask me she died the same time Jerome died.”
Fatty wiped a tear with her towel, Goldie didn’t know what to say, he never expected to hear a story like this about a girl he’d known for practically his entire life..
“Why are you telling me this shit Fatty?”
“I’m telling you this because I have seen you play all sorts of women over the years. This on is not like that. I consider her my daughter. I have raised her since her momma died and I am very protective of he, so I wasn’t you to think long and hard about this one, before you decide to pursue her. I love you as well , but that’s my family. Goldie peered through the window of the restaurant then stood, taking a deep breath.
“I hear everything you are saying, and you know I got respect for you, but who I fuck and who I am fucking is clearly none of your business.” Fatty looked at him over the top of her rimmed glasses and stood up.
“You are absolutely right, but if you fuck over that one then it becomes my business,” she said in a harsh tone as she began wiping the tables off with her rag. “See you next week Goldie.”
Goldie walked to the door, threw the deuce sign up, and headed to his truck.

Jamie Dossie is the oldest daughter of three girls. Jamie was born and raised in Chicago Illinois. She fell in love with urban novels, after her mom gave her a book by Terry McMillan called-Mama. After reading that book she began to read another and noticed that the books was similar to the life she was living or have seen others live. At that very moment she knew that these were the kind of books she wanted to write someday. She could relate it moved her, to want to write the same type of books she was intrigued that books were being written about this urban life.

After the passing of her mom she began to write notebooks full of poems and short stories. She knew it was a way to cope with her pain; she used this time to build her writing skills. As she was growing up people didn’t express their dreams too often which made her shy away from telling people that she wanted to be a well-known published author someday.

Jamie is always looking to improve her writing craft. She has a long list of great authors that she would love to work with someday. She has written two books with one being published called “Double Back.” She would like to tell everyone to always follow their dreams, if not someone else will dream and live it for you. She is currently living in Chicago with her children and is brain storming on her future projects. And she is currently working on “Double Back 2.”

Get to know Author Jamie Dossie…

1.)What influenced you to write Romance?

Jamie : Honestly I am in love with Love.

Jamie:Never thought about it but I would have to say Travel to exotic Countries like Spain,Paris, Brazil.

Jamie :Not being loved enough the way I love people.

4.)How did you come up with the concept for Double Back?

Jamie : I have Doubled Back and so many of people do.

5.)What is one of your major goals your want to accomplish in life

Jamie : My biggest Goal is to show my kids that I can achieve anything and they can to it’s very important for them to see that you have to go for your dreams.