Being a author is hard work but being a self-published author is even harder because you have to go above and beyond to get your name out and the author I am featuring today does just that. She is living her passion out loud and I hope by the time you finish meeting her, through this blog, she motivates you to live your passion.

After years of earning degrees, building relationships, developing a career, and adjusting to single-motherhood, writer Christin Webb took a leap of faith to begin following her dreams to become Author Christin Webb.​

Seeking an opportunity for change is the motto that Christin lives by and uses as the basis for her first self-published novel, Enough Time and short fiction blog, ​Is It Real?​. It has been Christin’s personal experiences and creative visions that bring her writing to life to ignite growth and inspiration in each story.

Christin’s nonfiction work has been featured on sites such as Diva By Design. She has a feature article that appeared on the blog, Bird on a Wire. Christin also has experience singing and acting. In 2010, Christin published the Memphis 2010 Historical Calendar, which featured 365 days of Memphis history.

Beyond making differences with words, Christin has always found community and leadership very important and finds giving back an easy task. She has acted in several volunteer capacities with organizations such as the National Civil Rights Museum and the United Way. Christin was formerly an Executive Board Member and Secretary of the National Coalition of 100 Black Women, Inc. ~ Memphis, TN. Chapter.

Christin has a BA in Social Work from the University of Memphis and an MBA from Webster University. Christin works in the utility industry and currently lives in Memphis, TN with her daughter, Jasmine. Christin hopes to continue to use her leadership and creative spirit to make positive differences.

I began writing when I was seven years old. My father was a writer and I remember wanting to mimic him. Before I knew it, I found myself in love with the process. Beginning with poems and short plays, I quickly learned that I’d found something that made me undoubtedly happy.

My inspiration for writing is partially credited to my father who was a writer for most of his life. The other credit is given to my desire to share the stories of inspiration that have always been a part of me.

I mostly enjoy writing fiction and I believe what makes my style unique is my ability to take real life situations and engage a reader to look intuitively into their own lives and experiences and see the connection.

4.      Where do you see yourself this time next year, within your writing career?

This time next year, it’s my hope to have published my second book, continue with my blog, Passion Living Out Loud, and working on more screenwriting opportunities. I also desire to continue speaking with young women and children on topics related to my books.

I have a few irons in the fire right now. I’m working on my second book which will be a compilation of over 30 short stories about resilient women facing every day situations. I’m also working as a co-writer with a local director on an upcoming short film, titled, “Imperfection”. And I’m in the early stages of working on my first biographical book of a jazz musician. There are a few other projects that I have my hands in, but they are too far in the early stages to mention right now, but all very exciting. 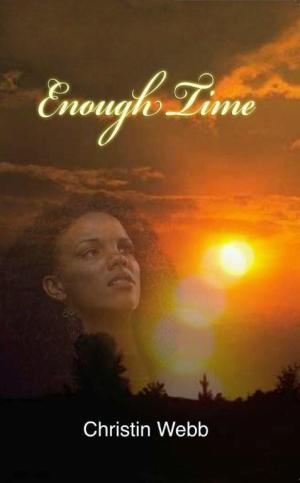 When Rhea, Sonja, and Julian decide they want to live life on their terms, their worlds open up so much more than they expect. For Rhea Dudley, everything comes to a screeching halt when the deepest betrayal cuts through the middle of her heart – her husband’s infidelity. Besides attempting to be a loyal wife, daughter, best friend, and teacher, Rhea unknowingly finds herself having to decide between the desires of others or her happiness. Avoiding false love and chasing dreams, Rhea uses her voice through her writing and embraces the idea that loving self never hurts. When Sonja Tremmel was a little girl growing up in the north, she never imaged the trials she’d encounter in life. Forced to grow up fast and learn the art of survival, heading to jail as an adolescent turns out to be the smallest pill for Sonja to swallow when it comes to being pregnant as a young inmate. After hooking up with her guardian angel, Cecilia, Sonja begins to take a long hard look at her past, present, and uncertain future, becoming the inspiration for others to continue seeking redemption and finding love. Even after Julian Jones, a young finance executive, decides to detach from his hurtful past, he continues to feel empty inside. Always known for his strong, confident personality, the perception actually lacks depth. Dealing with rejection from his father, losing his secret love interest, and high profile job, Julian finds console as a mentor to a young inner city youth and makes a decision on leaving a meaningful mark on life. Rhea, Sonja, and Julian all prove that committing to change is sometimes easier said than done. They also learn that tomorrow is not a promise, yet opportunity for change in the moment realized. Will the need for change overpower their ability to move forward?

It was yesterday when I realized who I was becoming. Everything I never wanted to become. I sat there with my head down and tears rolling from my eyes. What had I done to deserve this type of treatment? I always said this could never happen to me, but I was wrong. Never say never.

“Baby, are you ready to go?” asked Terrance as he did every morning at 7:15. He always had to wait on me.

“Almost,” was usually my response.

“You need to hurry because I don’t have all day,” he said in an agitated voice. “I have a very important meeting this morning,” he demanded, while in the kitchen preparing his brown leather briefcase. I bought it for Terrance after he was offered the job as Manager of Communications at the local utility company. I was very proud of him. I was trying to find a way to make him feel like the man of the house, supported and loved by his wife. I wanted to be there, every step of the way. “Very important, Rhea! You can’t screw this up for me by having me late. You hear me?”

“Baby, all that yelling is not necessary. I’m trying to hurry. I can’t find my purse. Do you see it?” I was lying through my teeth. I knew where it was. I always put my purse on top of the closet chest. I was trying to get my hair and makeup just perfect before I made it to work. While I’ve always been somewhat of a perfectionist, Terrance never found it hard to express his desire for me to look picture perfect. Wearing my matching pink blouse and pencil skirt, I took a last glimpse in the mirror and agreed that I was looking rather stylish and confident for the day. My open toe black pump really complimented the arch in my walk.

“Forget the purse. You got ten minutes to be in the car. Ten minutes, Rhea. Ten and then I’m gone!”

As he waited for me to finish dressing I could overhear him bickering back and forth on the phone with a co-worker, “Look, you’re going to have to wait just a few more hours. The appointment is set for 10:30 today. Other than that, nothing can be resolved until then. I have nothing else for you. Be patient, ok!” Terrance said. That’s what most of his business conversations sounded like. I didn’t think much of it as I continued getting dressed. Without looking at me, he left the room and headed towards the kitchen.

“Ok. Ok. Here I come,” I said grabbing my purse and heading downstairs to the garage door. The silver clock on the counter next to the garage opener read: 7:25. I closed the door behind me and walked to the car.

“About time,” he said as he leaned over and abruptly swung the passenger door open as I got in the car.

“What do you mean… whatever? You’re the one about to make me lose out on the biggest deal all year. Don’t you want to continue going to the mall and spending all my money? You better get your mind right,” he continued while backing out of the garage into the driveway. “You need to watch who you are talking to.”

“I know who I’m talking to, Terrance,” I rummaged through my purse and rolled my eyes. “You can be so impatient.”

Next thing I knew, from out of nowhere, I felt something hit my face. I looked up behind the force and realized that it was Terrance’s hand. Before I could even get the word “Stop!” out of my mouth, I felt another hit, then another and another. I reached for the dashboard and closed my eyes tightly. My tears pleaded for release as they streamed down my face only to gain no sympathy from my violator, my husband.

I could feel pieces of me being chipped away like rotten wood behind each strike. The pain behind each hit weighed less than the pain my heart was experiencing. It was the first time I was left feeling useless and helpless. Finding the strength to fight back didn’t seem like an option. He’d never hurt me before. Up until that day, I considered myself to be relatively confident, strong even. What took years to maintain was being peeled away by each fist Terrance pummeled into my soul. He was trying to make me feel as powerless as possible, disposable.

After what seemed like forever, he then looked at me and said, “You know better than to be talking back to me. I’m the man of the house. You have no right to talk back. Try it again and I will shut you down, every time. Do you understand me, Rhea?”

I didn’t know what to say. I was stunned, hurt, angry, sad, and in pain, all at the same time. I just nodded my head and cried. I still don’t know why I didn’t react any differently. I always said a man would never be able to hit me and get away with it, but that was before I thought I was in love, before I met Terrance.

Lakisha Johnson, native Memphian and author of over fifteen titles was born to write. She’ll tell you that “It isn't just writing, it's ministry." Along with being an author, she is an ordained minister, co-pastor, wife, mother and the product of a large family. She is an avid blogger at kishasdailydevotional.com and social media poster where she utilizes her gifts to encourage others to tap into their God given talents. She won’t claim to be the best at what she does nor does she have all the answers, she is simply grateful to be used by God. View all posts by Pastor LaKisha

Oh Sunday... God, inhabit me. You have my permission to settle here, have your way and use me for your service. Anybody else willing to tell God, use me? Yes, it can sometimes hurt but it’s worth it. #Sunday #SundayVibes #SundayMotivation #Luke145 #UseMeLord #TrustingGod #TrustingGodsplan Outfit: @deanoffashion 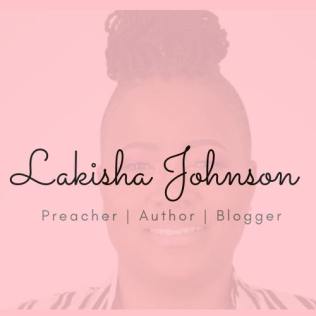 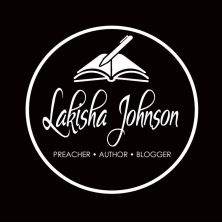 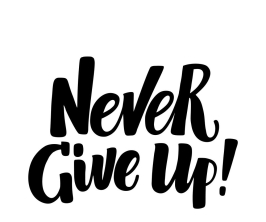 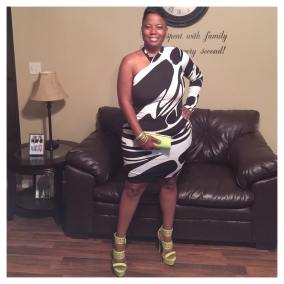 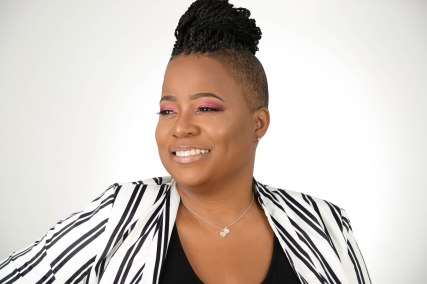